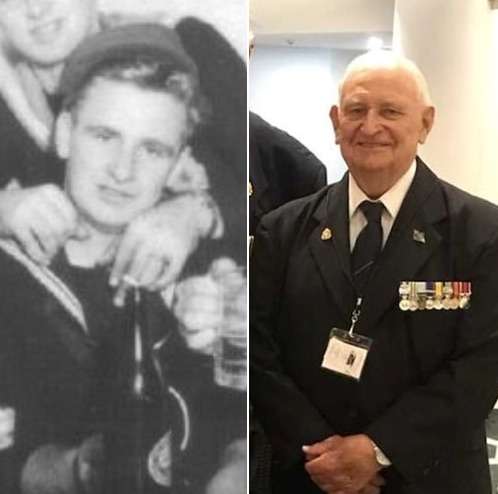 It is our sad duty to report the death of Alan ‘Smiley’ McGowan on Sunday 30 August 2010.

His career was long and varied with 23 years as a NA (AH)1.  This was his choice and he finally accepted his Kellicks rating during his final year.

Alan served on Sydney in Korea and Vietnam.  He was on Sydney for the Queens Coronation trip in 1953.

He also served many times on Melbourne and Stalwart.  Other drafts include Kuttabul, Harmon, Melville, Lonsdale, Albatross and Cerberus.

Alan’s funeral will be held sometime this week but with the current restrictions on numbers at funerals it will be difficult for members to attend.

Our thoughts are with his family at this sad time.