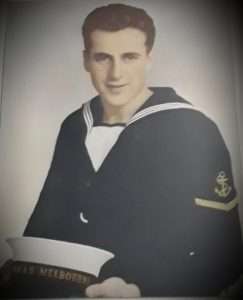 We have received advice that Leon (Swampy) O’Donnell passed away on Saturday night 30th May 2020.

Leon was an ex Armourer.  Born in Hobart on 28 September 1939, he joined the Navy on a six-year engagement on 4 February 57, and served primarily at HMAS Albatross and aboard HMAS Melbourne.  He discharged in 1963.

Leon was given a private cremation with no Service, and leaves behind his wife Carol and daughters Karen and Kelley, who wrote of him:

“After leaving the Navy Dad worked in Sydney for a while then became Chief Purchasing Officer at Australian Newsprint Mills Boyer in New Norfolk Tasmania, where he worked until retirement. He was heavily involved with New Norfolk Football Club where he played and later became Chairman of Selectors. His interest in history particularly about New Norfolk and The Young Irelanders  was a huge part of his life which took him overseas on occasion and he has an unpublished book which we are looking into putting into print.

In recent years Dad was quite ill on and off, but remained in contact with a lot of his old Navy friends. I’ll try and name a few: Eddy “no legs” Ryan; John 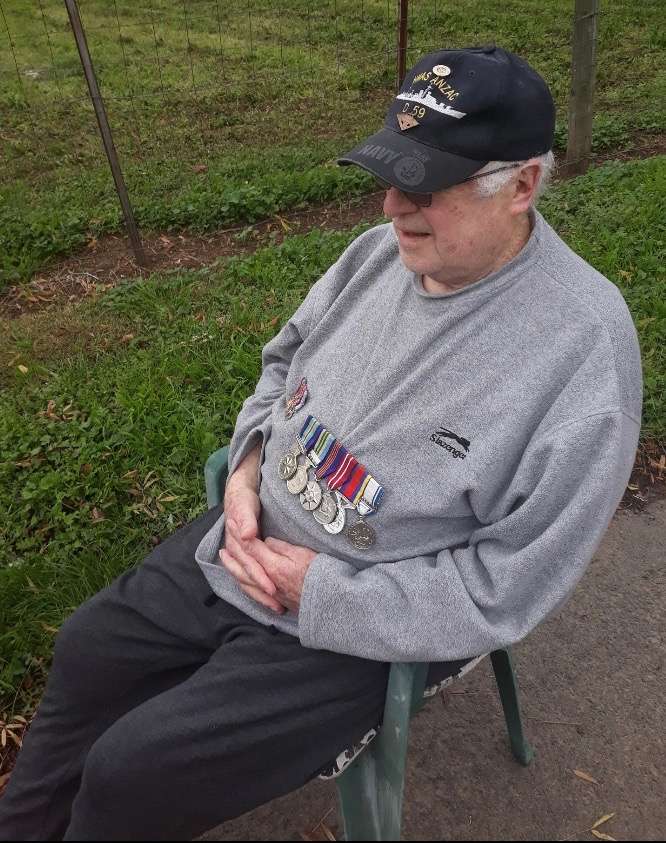 Leon at the foot of his drive, Anzac Day 2020, during the COVID-19 restrictions.

There is so much more I could add about my wonderful dad he was a big man in stature, mind and heart and will be so missed.
Regards Kelley Hall.”
x