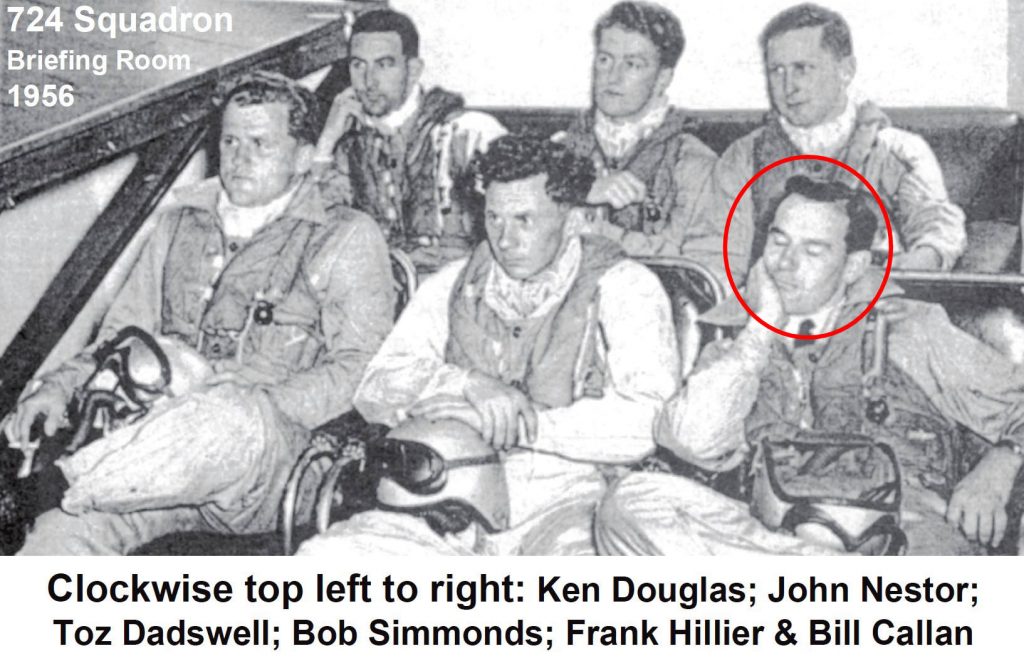 My attention has been drawn to last Saturday’s Deaths and Funerals page of the Sydney Morning Herald advising of the passing of another ancient aviator, Bob Simmonds. The entry, which was not headed by the usual Navy emblem and so may have been missed,  reads:

“SIMMONDS Robert John (“Bob”) Aged 90, [no date of death given] Formerly of Riverview. Devoted husband of Caroline, and much loved father of Robert,Tony,Nicola,Jeremy, Catherine, Sabina and Philip, and heroic grandfather to thirteen grandchildren. A brave, inspiring, strong and humble gentleman to all who knew him. Resting in peace now but forever inspiring us all to “soar with the eagles”. A requiem Mass for the eternal repose of the soul of Bob will be held at St Michael’s Catholic Church, Longueville Road Lane Cove on Friday, 5th August [2022] commencing at 2.00pm.”

Bob, who was a contemporary of well-known aviator Commodore Toz Dadswell, did a Fighter OFS on Sea Furies and, later, a Night Fighter Course in Sea Venoms, and then joined 805 Squadron to embark in HMAS Melbourne. I do not have to hand his later aviation career, but it certainly included RANAS Nowra. Bob held a civil aviation licence and owned and flew a private aircraft, which for a period was “home-ported” at NAS.

I understand that Bob had been in poor health for some time.