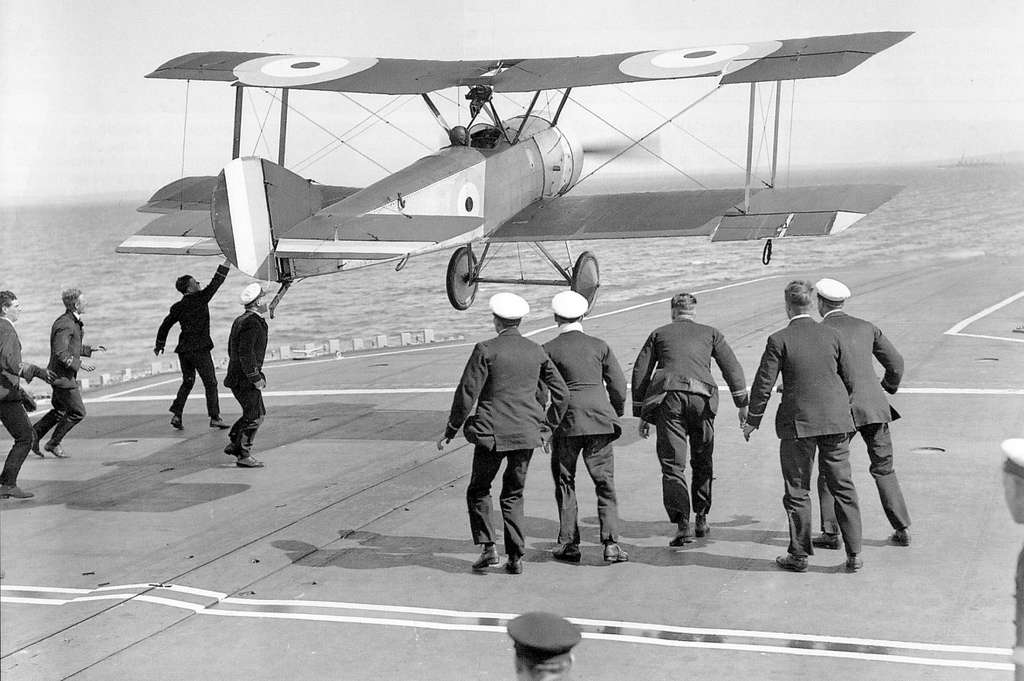 Above:  Edwin Dunning making his historic first landing aboard HMS Furious on 2 August 1917.  The ship’s flight deck was forward of the superstructure, which involved flying alongside and then slide-slipping to align with the deck.  There were no arrestor wires, so the pilot relied on the ship’s crew seizing the aircraft to stop its forward motion.

The 100th anniversary of the first time an aircraft touched down on the deck of a moving ship has been marked.

On 2 August 1917, Squadron Commander Edwin Dunning made aviation history by becoming the first man to land a plane on a moving ship. He was just 25. He achieved the feat by landing his Sopwith Pup on the deck of the HMS Furious as the ship steamed through the waters of Scapa Flow in Orkney. It was seen as marking the dawn of aviation from aircraft carriers. 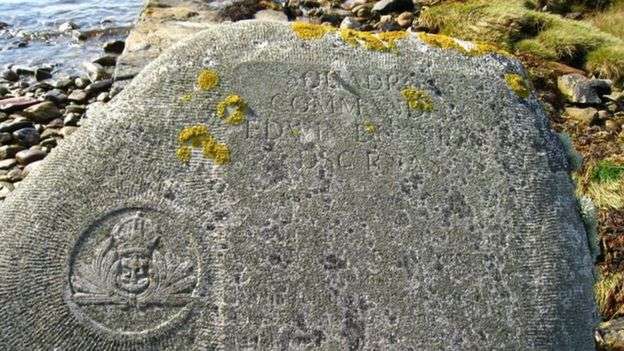 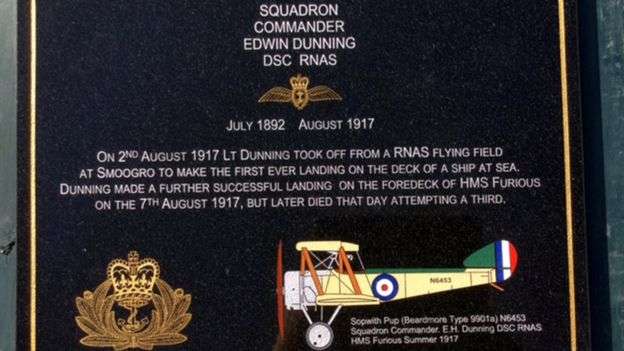 Above: HMS Furious after the modification to fit an aft flight deck.
Right:  The landing that cost Edwin Dunning his life. 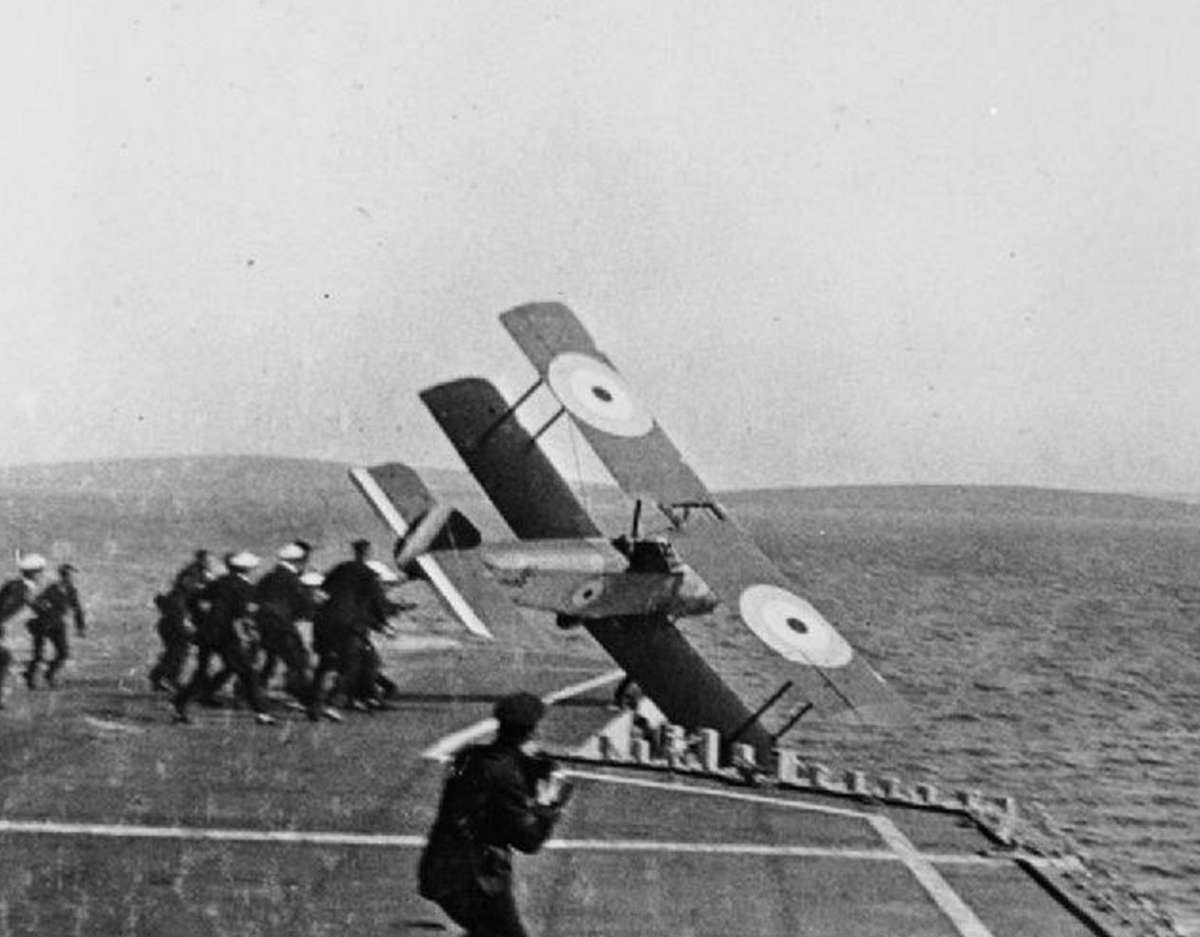 Dunning was killed five days later, during his second landing attempt of the day, when he made a hard landing and his aircraft was swept overboard by strong winds. Knocked unconscious, he drowned in his cockpit.  You can see original footage of the first landing and the subsequent accident that killed him here, between the 4.20 and 5.00 minute markers.

HMS Furious was a Courageous-class battlecruiser built for the Royal Navy during the First World War. She was modified to become an aircraft carrier by removing her forward turret (there was only one) and installing a flight deck, such that aircraft had to manoeuvre around the superstructure to land.  This proved to be so hazardous that only eight landings were ever completed before such attempts were abandoned.  Later in the war her aft turret was removed and a second deck fitted for landing: this allowed an approach over the stern but it was unsatisfactory due to its short length and the effect of significant turbulence from the superstructure.  After the war she was briefly laid up before a full length deck was fitted in the early 1920s.

The Centenary of Dunning’s feat was commemorated by the Royal Navy, with a flypast by BAE Hawk jet. Lt Cdr Barry Issitt, Commanding Officer of 736 Naval Air Squadron, said: “The event itself is of particular significance to the Royal Navy and Fleet Air Arm as it marks the first successful landing of a fixed-wing aircraft on a ship under way at sea; a moment that would be the genesis for the establishment of the pre-eminence of aircraft carriers. It is all the more poignant considering the current regeneration of the UK’s carrier capability, with HMS Queen Elizabeth currently conducting sea trials not far from the location of Dunning’s landing, with Merlin helicopters from 820 Naval Air Squadron operating from her flight deck.”

Read a little about the Sopwith Pup, including its role in helping to shape Naval Aviation, here.