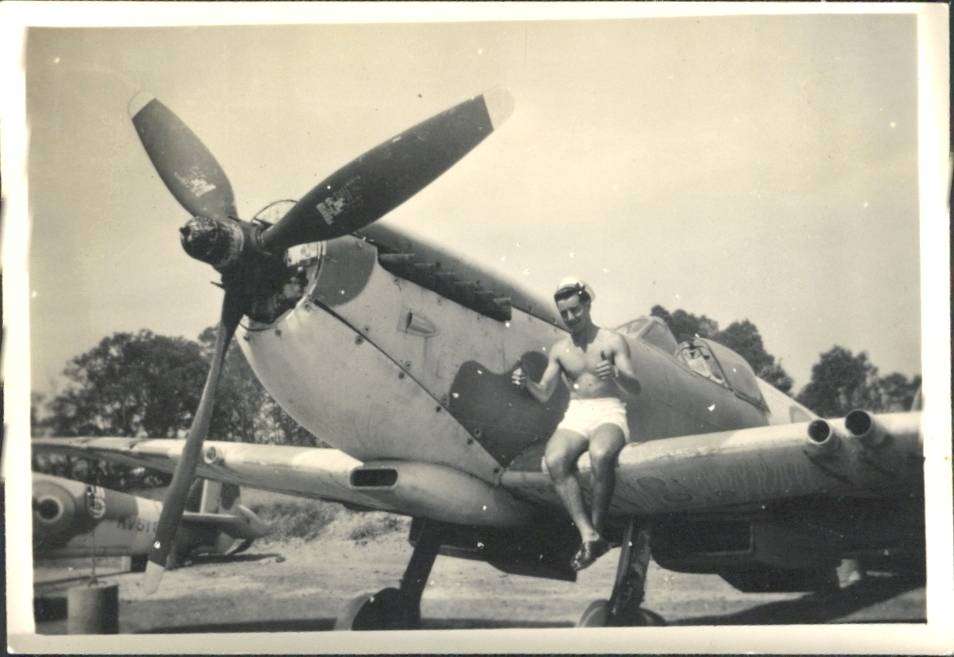 Above: Spitfire on the Dummy Deck with unknown sailor on the wing. (Photo from Bernie Delaney’s collection)

In October 1948 the RAAF transported 14 of their de-listed Supermarine Spitfire aircraft by road to RANAS Nowra, where the aircraft were reassembled. The Spitfires (non-flying) were then positioned on the old ‘Dummy Flight Deck’ and used for training aircraft handlers in managing aircraft in confined spaces – prior to the arrival of the Sea Fury and Firefly aircraft. The mechanics would run the engines for practice and taxi around the dummy deck. This gave the aircraft handlers and others a chance to experience the problems and dangers of working close to aircraft with noisy engines and spinning propellers, and the details of moving, positioning and securing aircraft in confined spaces – on the flight deck and hangar. Left: The location of the Dummy Deck in 1948.  It was later moved to the southern side of the airfield to make way for hangars.

After serving their purpose the aircraft were deleted from charge in 1952. Finally, the Spitfires ended up on the fire-ground, where they were set alight to give fire crews exercise in extinguishing aircraft fires. The story goes that the remains were then bulldozed into the ground at the old rubbish tip. Above: Looking south with the old Department of Works workshop in the background Above:  A handler guides a Spitfire taxying on the Dummy Deck. 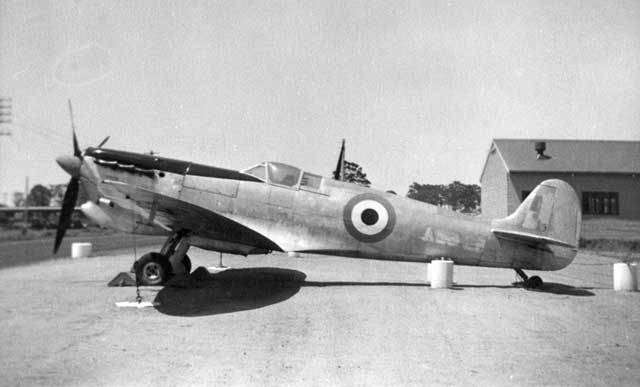 Below:  In comparison, the New Dummy Deck is now on the southern side of the airfield.  The new RAN helicopters are large and require special handling on the flight deck and hangar spaces.  The outline of an LHD is painted on the deck.