Snippets of History – The Geranium Embarkation

The story of the Barrier Reef survey by HMAS Geranium in 1924 is not particularly well known, but it is significant as it marked the first time an aircraft was embarked on an RAN vessel for survey work – and built upon the concept of organic air support.   Ray Jones tells the story below, which has been extracted from his book ‘Seagulls, Cruisers and Catapults’ (Pelorus Publications). 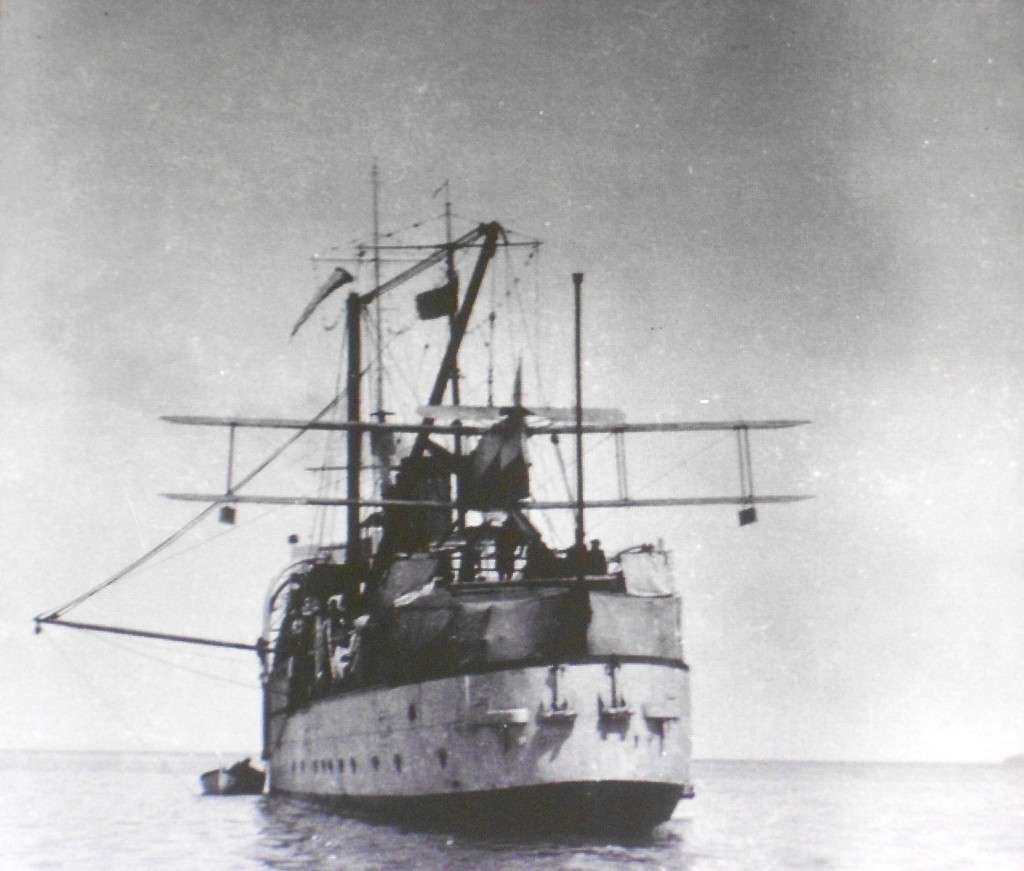 The Naval Board decision of 1923 not to carry aircraft in warships prevented any development in ship-borne aviation and cancellation of the Sydney seaplane base and Victorian flying boat squadron frustrated development in naval aviation from shore bases.

Nevertheless, some progress was made in using aircraft at sea in connection with hydrographic surveying of the Great Barrier Reef.

The Great Barrier Reef off the Queensland coast was an area of particular interest for the RAN’s new Hydrographic Branch. Despite knowledge of the existence of the Reef since Captain Cook’s voyage, detailed knowledge was sparse. The eastern (i.e. outer) limit of the reef had been generally delineated and the inner, navigable channel had been surveyed to varying standards of reliability, none very high. Between this inner channel and outer edge lay unknown waters pierced by a few poorly surveyed channels. Existence of other channels through the Reef was suspected and the presence of Japanese in the local pearling fleet gave rise to concern that Japan may have more accurate knowledge of the Barrier Reef than Australia. Worse, the precise position of the outer reef in relation to the mainland was in doubt as the only triangulation of acceptable standard was near Cooks Passage north of Cooktown. 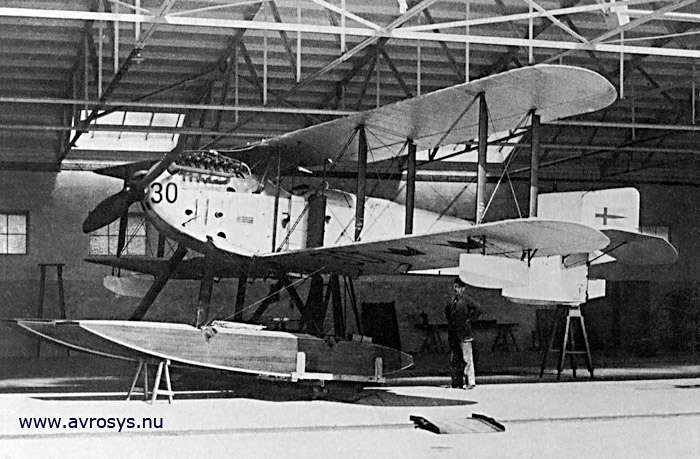 A good photograph of the Fairey IIID.  Built by Fairey Aviation,  the aircraft enjoyed a very long production and Service History both as land and seaplane variants.  First flown in September 1917,  examples were still in use during the Second World War.

The idea of using aircraft for surveying was widespread in the early 1920s and suitability for that role had been a factor in selecting the Fairey 111D. Jellicoe had recommended aircraft be used for surveying but action had not been taken until 1923 when a chart of Western Port was prepared with aerial photographic assistance. The opinion was then expressed that aircraft could expedite the survey of the Great Barrier Reef by photographing large areas difficult of access to conventional hydrographers. A combined service meeting early in 1924 examined the proposal.

This meeting, held in Sydney from 21 to 23 January, decided the Air Force would assist during the next season and that the area immediately south of Cairns should be surveyed. This region was selected because of the narrowness of the Reef, its proximity to the mainland, recent completion of some triangulation by HMS Fanfome and the availability of good bases for the aircraft. The survey vessel HMAS Geranium would embark one seaplane, one motor boat as a tender to the aircraft, two officers (one pilot and one observer), and eight airmen for maintenance and photographic duties.

The following month Geranium was modified to carry and operate the aircraft; the balloon deck above the superstructure at the stern was enlarged and wooden chocks and tie-down points were fitted to secure the aircraft. Welded tanks for aircraft and boat fuel were fitted on the stern and additional accommodation was built on the upper deck for the air force party and for scientists embarked during the survey.

ANA-3, which made the circumnavigation of Australia in 44 days in adverse conditions, was used for trials of the ship’s deck and securing arrangements.

Brief History of early aviation in the RAN

The RAN had an early interest in aviation going back to 1913 when they selected Point Cook, on Port Phillip Bay, for naval aviation training – in co-operation with the Australian Army.

Following the declaration of war in 1914 a Maurice Farman float plane left Sydney on HMAS Una for the German colonies in New Guinea and Rabaul – however it was never used. Later in 1915 RAN ships operating in British home waters were instrumental in the development of naval aviation. The heavy cruiser HMAS Australia and the light cruisers HMAS Sydney, Melbourne & Brisbane all variously operated Sopwith Pup, Sopwith 1&1/2 Strutter and Camel 2F aircraft to counter the Zeppelin threat, this included the fitting of a revolving launching platform on Sydney. In 1918 Sydney & Melbourne launched aircraft to attack German aircraft that bombed the fleet. The Sopwith Camel 2F was the first aircraft from an RAN vessel to engage enemy aircraft. Also HMAS Pioneer and Brisbane both worked with aircraft (as tenders) in East Africa and the Indian Ocean whilst searching for German Navy ships.

12Aug21    Handed over to Australian officials at Hamble. The new Australian Air Board introduced the A numbering system for RAAF aircraft and ANA-2 thus became A10-2.

17Mar24     Piloted by FLGOFF Ernest Mustard, and accompanied by A10-1, led a RAAF Formation of 22 aircraft to meet the Royal Navy Special Service Squadron in Port Phillip Bay on its 1923-24 world cruise. The Squadron consisted of the Battlecruisers HMS Hood & Repulse and the Cruisers HMS Danae, Dauntless, Delhi, Dragon & HMAS Adelaide.

01Aug24    Ferried from Point Cook to Townsville by FLTLT Ivor Ernest McIntyre CBE, AFC and CPL Gottschaff to join HMAS Geranium for Stage 1 of the 1924-25 Great Barrier Reef survey. Arrived in Townsville at 1430hrs on 03Aug.

Aug-Dec24 Crew of O5 FLGOFF Thomas Anthony Swinbourne supported by three photographers, two riggers, two aero fitters, a coxswain and a storeman spent the next five months in partnership with Geranium surveying 19 reefs with a total area of over 2,000 sq km. The named features Mustard Patches, Swinbourne Patches and Raaf Shoals still appear on maps to this day.

Jun-Nov25 Disassembled and transported by steamer to Townsville where it was reassembled and used to support HMS Geranium for the next five months of the Stage II 1924-25 Great Barrier Reef survey. Crew of O5 FLGOFF Thomas Anthony Swinbourne supported by two photographers, three riggers, two aero fitters, a coxswain and a storeman.

18Dec25     Crashed and damaged beyond repair, written off and scrapped.

While these modifications were in progress, the Fairey111D was tested in a tropical environment. On Sunday 6 April 1924, Fairey 111D number A10-3, flown by Goble and Flying Officer Maclntyre, set off from Point Cook to fly around Australia. Apart from a badly needed public boost to air force morale and prestige, the flight was intended to test the suitability of the seaplane for tropical survey flying and to pioneer a seaplane route to Thursday Island. 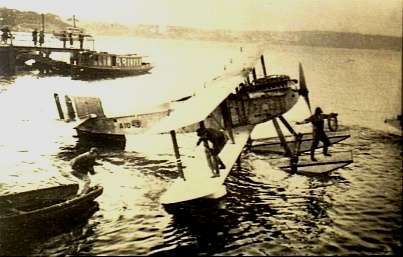 Left:  The route of A10-3 in the first circumnavigation of Australia.

Above: A10-3 during its round Australia journey at an unknown location. Note leaking starboard float. (Images AWM)

The seaplane arrived back at Point Cook on 19 May 1924 after flying right around the Australian coast. Except for the last leg, weather had been unfavourable with strong wind, rain or heavy cloud in various combinations making flying, alighting and navigation difficult. Leaking floats had been particularly troublesome and the advantages of an amphibian, able to operate from land or water, and to taxi out of the water under its own power, were clear. The flight was an outstanding success and the officers were awarded the Britannia Trophy for their feat. More immediately relevant to embarkation in Geranium, a Fairey 111D visited Sydney in June for trials of the ship’s deck and securing arrangements.

Geranium left Sydney on 23 June, coaled in Brisbane, and reached Townsville on 1 July; this would be her coaling base for the rest of the year and where she would embark the seaplane. Embarkation in Sydney was not planned because the aircraft’s weight was destabilising in a rough sea. The aircraft for Geranium (A10-2) left Point Cook on 1 August flown by Maclntyre and, after refuelling at Sydney, Southport and Gladstone, reached Townsville on 4 August. The seaplane was handed over to Flight Lieutenant Mustard and Maclntyre returned to Point Cook. The air force detachment had arrived in Townsville in SS Canberra on 1 August. 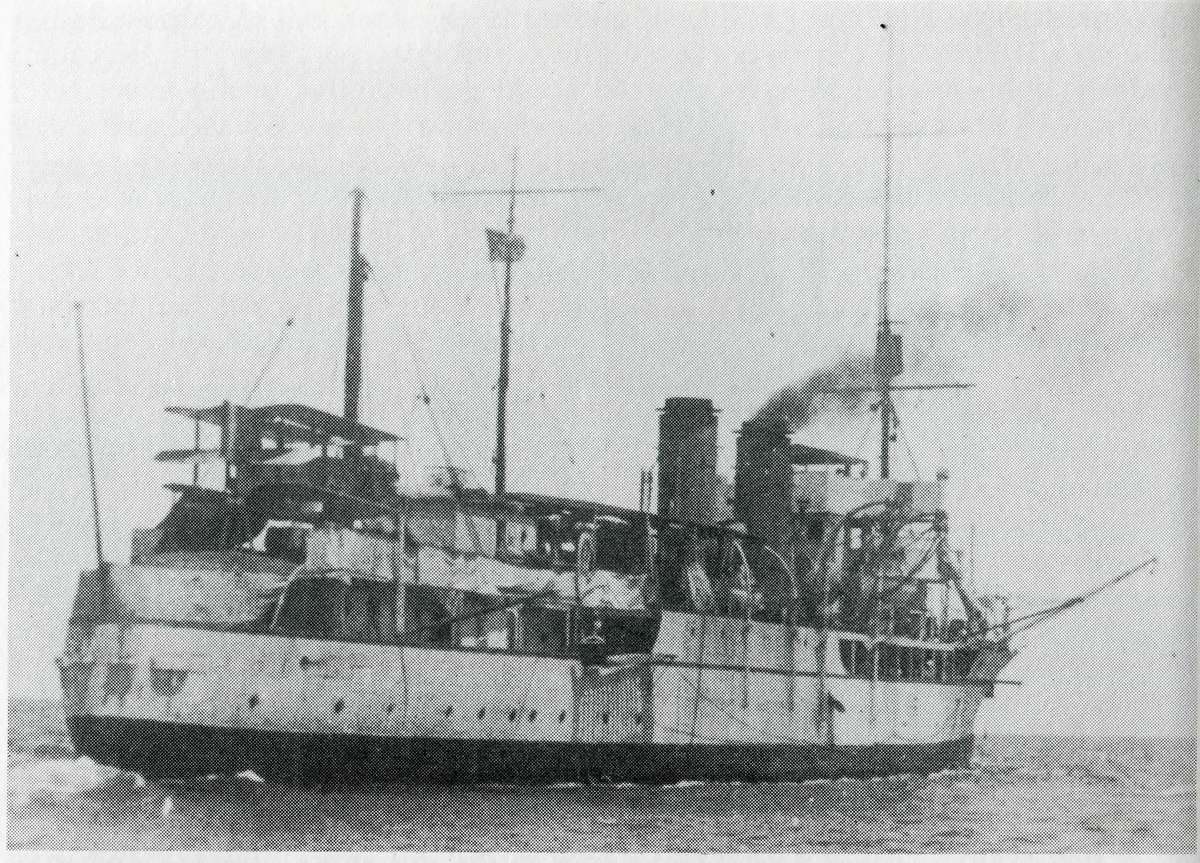 HMAS Geranium with a Fairey IIID embarked for surveying trials on the Great Barrier Reef in 1924. The seaplane was transferred between the stern platform and the water by the derrick housed just forward of the aircraft. The seaplane’s weight reduced ship stability so much that carriage was only authorised in the sheltered waters between the reef and the Queensland coast.

Geranium’s next period at sea was from 5 to 15 August and, although she did not embark the aircraft, Mustard twice flew out and alighted alongside to report reef locations. Aircraft fuelling arrangements were successfully tested and the seaplane was hoisted inboard during the second visit. When the ship returned to Townsville the seaplane and party embarked and thereafter operated from Geranium.

The embarked aircraft served several purposes. First was to carry out reconnaissance over part of the Great Barrier Reef to gain a general idea of reef layout and water depth for surveying purposes and to ensure the safety of the ship. In this role the aircraft was an immediate and unqualified success; Geranium’s commanding officer reported that a seaplane was essential for ship safety when working inside the Barrier Reef where the possibility of finding a reef by striking it was a permanent concern (in 1923 Geranium had discovered Disaster Reef in the Gulf of Carpentaria by becoming stranded on it). Another major aim was to assess the extent to which aerial photography could be used by hydrographers. A photographic height of 10,000 feet (3 048 metres) had been selected in the hope that vertical photographs could be joined to form a chart. Reefs were too far apart for this hope to be realised, but aerial photographs proved useful in preparing charts of individual reefs because submerged parts of the reef were visible in prints.

Geranium’s commanding officer was convinced seaplanes were an asset to hydrographers but he was equally sure that the Fairey 111D was unsuitable because of the restricted field of view from the cockpit and the frailty of the floats. His ship’s movements had been too restricted by the aircraft’s need to take off and alight in the lee of reefs and the necessity for the ship to remain near a suitable alighting area while the aircraft was airborne. The hoisting arrangements worked well but an improved crane allowing the ship to be under way while working the aircraft would be better.

This moderately successful embarkation kept one aspect of naval aviation alive but only in a single, limited role. Until the shore-based seaplane squadron was formed, or until new Australian warships were acquired that were capable of regularly embarking aircraft, there would be little real progress. Renewed interest in naval defence arising from the 1923 Imperial Conference meant that both conditions were satisfied after 1924.