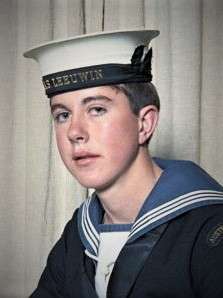 His first draft was to HMAS Leeuwin, the Navy shore base at Fremantle W.A. The focus at Leeuwin was on basic training of boys 15 to 16 years of age to prepare them for Navy life. This included imparting a strong education, squad drill, and plenty of sport. In the main it was a positive experience, giving JRs the confidence and discipline to succeed. The benefit to the RAN was it produced well above average sailors, with many making a lifetime career in the navy.

After graduating from Leeuwin on 05 January 1973, Macey was drafted to HMAS Cerberus (Flinders Naval Depot) at Crib Point (south of Melbourne) for additional firefighting and damage control training, and to be assessed for specialist training – in his case Air Technical (Weapons).  He was then sent to HMAS Albatross, the Naval Air Station at Nowra. On 11 March 1973 he began his technical training, firstly in classrooms for theory and then advancing to practical experience. After completing the course Macey was promoted Seaman Air Technical Weapons (SMNATW) and assigned to VC 851 Squadron on 02 October 1973.

VC 851 was a composite fixed-wing training squadron operating Grumman Tracker anti-submarine aircraft and Hawker Siddeley HS748 turboprop aircraft – for transport, communications, navigation training and Ikara trials. The HS748’s were also used during the Cyclone Tracy emergency in 1974, whereas the Grumman Trackers played an important role in costal surveillance and fishery patrols. This gave Macey the broad practical experience to be promoted Able Seaman (ABATW) on 14 August 1975.

His next move on 25 August 1975 was to VS 816 Squadron, a Grumman Tracker anti-submarine squadron based at Nowra, but routinely embarked on HMAS Melbourne when at sea. As Melbourne was undergoing a refit for the first half of 1976 the Trackers exercised along the NSW South Coast, not deploying on Melbourne until June when it sailed for exercises at Hervey Bay and GBR. The Trackers variously carried sonobuoys, anti-submarine torpedoes, depth-charges, rockets and other munitions. This and shipboard life would have given Macey wide experience of Navy life, and a valuable insight into Squadron operations.

In September 1976 Macey returned to HMAS Albatross for advanced training in a ATWO2 Course. Among other things this involved learning about the new Westland Sea King ASW helicopters, with assignments to workshops and other activities. This was a welcome change of pace for Macey and a chance to pursue his passion for football. At Nowra he was an active member of the Albatross Australian Rules Football Club and for some time First Grade Assistant Coach, and Reserve Grade Coach – leading to a premiership win.

Having finished his training on 23 November 1979 Macey was rated ABATW2. After re-joining VC 851 Squadron in February 1980 he was promoted Leading Seaman (LSATW2). This was a busy time for VC 851 as the squadron was involved in ‘Operation Trochus’ conducting illegal fishing patrols out of Broome WA and surveillance duties covering the Bass Strait gas fields. Because Macey’s service record details are unclear, it appears he was then drafted to HMAS Melbourneon 07 July 1980 for a 2-year posting. It was at this time he applied to become a Navy Aircrewman and was drafted to HMAS Kuttabul on 01 July 1982 – presumably to do a Divers course which was part of the Aircrewman syllabus.

On 30 June 1982 HMAS Melbourne was decommissioned and the RAN Fleet Air Arm switched from a predominantly fixed-wing force to an all rotary-wing operation. On 04 July 1982 Macey started his Aircrewman’s course at NAS Nowra. The Aircrewman’s role was a step-up from a single trade, and one with considerable responsibility as it involved working with maintainers on Before Flight Inspections, ensuring the rear cabin equipment and crew are ready; but also working with a predominantly officer environment in the aircraft, operating the winch as necessary, acting as an extra set of eyes, and liaising with the pilot.

After graduating as an Aircrewman on 12 October 1982 Macey was posted to HC 723 Squadron – a composite, training and multi-role helicopter unit. HC 723 operated Bell UH-1B & 1C helicopters for pilot training, Search And Rescue (SAR), utility work and transportation; Bell Kiowas for SAR but mostly small ship hydrographic work, and Westland Wessex 31Bs which by then had been stripped of anti-submarine equipment and were used as utility helicopters.

The Squadron had been involved for some time in support of the Bass Strait Counter-Terrorism Plan. This was known as the National Plan, working in conjunction with the Army’s Special Air Service (SAS) Regiment, and operating from RAAF Base East Sale. The Squadron conducted patrols and anti-terrorism exercises to the Bass Strait oil rigs as the Australian Government wished to protect these vital national assets (see Operation Bursa). The Wessex had the size and performance required, including an over water night-flying capability.

On 04 December 1983, Wessex 825 (N7-215) departed East Sale with a three-man crew on its second sortie of the day to collect a five-man RAAF medical team from the oil rig ‘Marlin Platform’. About 13 minutes after departing the oil rig the pilot noticed increasing vibration through the helicopter. He declared an emergency at 1206 and reduced height and speed, aiming to make an emergency landing at Golden Beach, about 19 km east of Sale. 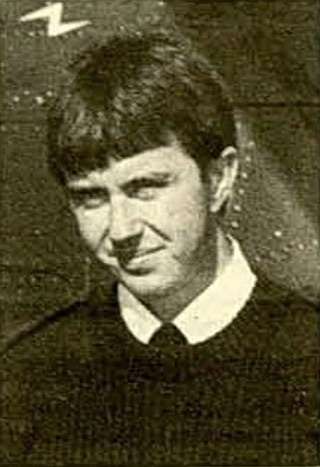 Before he could reach the shoreline however, the Wessex suffered a catastrophic gear box failure which severed the support to one of the main rotor hydraulic jacks.  This caused complete loss of control and the aircraft crashed into Bass Strait about 2 km from Golden Beach.

At 1234 the Longford SAR helicopter was launched, a float-equipped Bell 205, which landed on the water and rescued six survivors – but two were missing. Later a recovery vessel found the wreckage of the upturned helicopter in 20 meters of water together with the bodies of RAAF medical orderly Corporal James Campbell and Leading Aircrewman Gary Macey RAN.

The accident was a devastating blow to Gary’s family, friends and workmates. He was a loving husband to Kerrie, a devoted father to Shane and Michelle, and a well regarded and promising young sailor.