Keith Birch Roberts was born on 21 January 1931 at Tallangatta, Vic. At Melbourne, on 29 March 1954, he enlisted in the RAN for a six-year period. Previously, he was employed as a carpenter, but was attracted by RAN advertising calling for volunteers to join the Fleet Air Arm.

Roberts enrolled as a Recruit Naval Airman (Aircrew) and was drafted to HMAS Cerberus (FND), south of Melbourne, to begin his basic naval training and to be assessed for Aircrew training.

On 25 June 1954 he was promoted to Probationary Naval Airman (Aircrew) and was drafted to RAAF Archerfield, near Brisbane, where he joined the No 1 Initial Flying Training School. The course at Archerfield covered flight theory, general military, and aeronautical knowledge, with some initial flying experience in DH82 Tiger Moths.

Roberts completed the IFTS course on 24 November 1954. Now rated PNA (P) he was transferred to RAAF Uranquinty, in country NSW, joining the No 1 Basic Flying Training School, where he began instruction on the Link Trainer; then flying DH 82 Tiger Moths and Wirraway aircraft. In all accumulating over 100 hours flying time.

Because some of Roberts’ service records are badly faded his next move is unclear, but it appears that he spent a short time at HMAS Albatross (RANAS Nowra), the RAN Fleet Air Arm’s main base, before being drafted to RAAF Point Cook on 15 April 1955, to begin his Advanced Flying Training Course. On successful completion of the course trainee pilots would graduate with their ‘wings’.

At Point Cook, on 9 June 1955, Roberts was flying in a Wirraway aircraft, a single engine trainer with an instructor pilot, when the aircraft crashed into Port Phillip Bay, near the mouth of the Werribee River, a short distance from RAAF Point Cook airfield.

An enquiry into the incident was unable to establish the cause of the accident which killed Flight Officer Bruce Thompson, RAAF, and PNA (P) Keith Birch Roberts, RAN.

Compiled by Kim Dunstan from the following References:
National Archives of Australia – some records illegible
Trove. 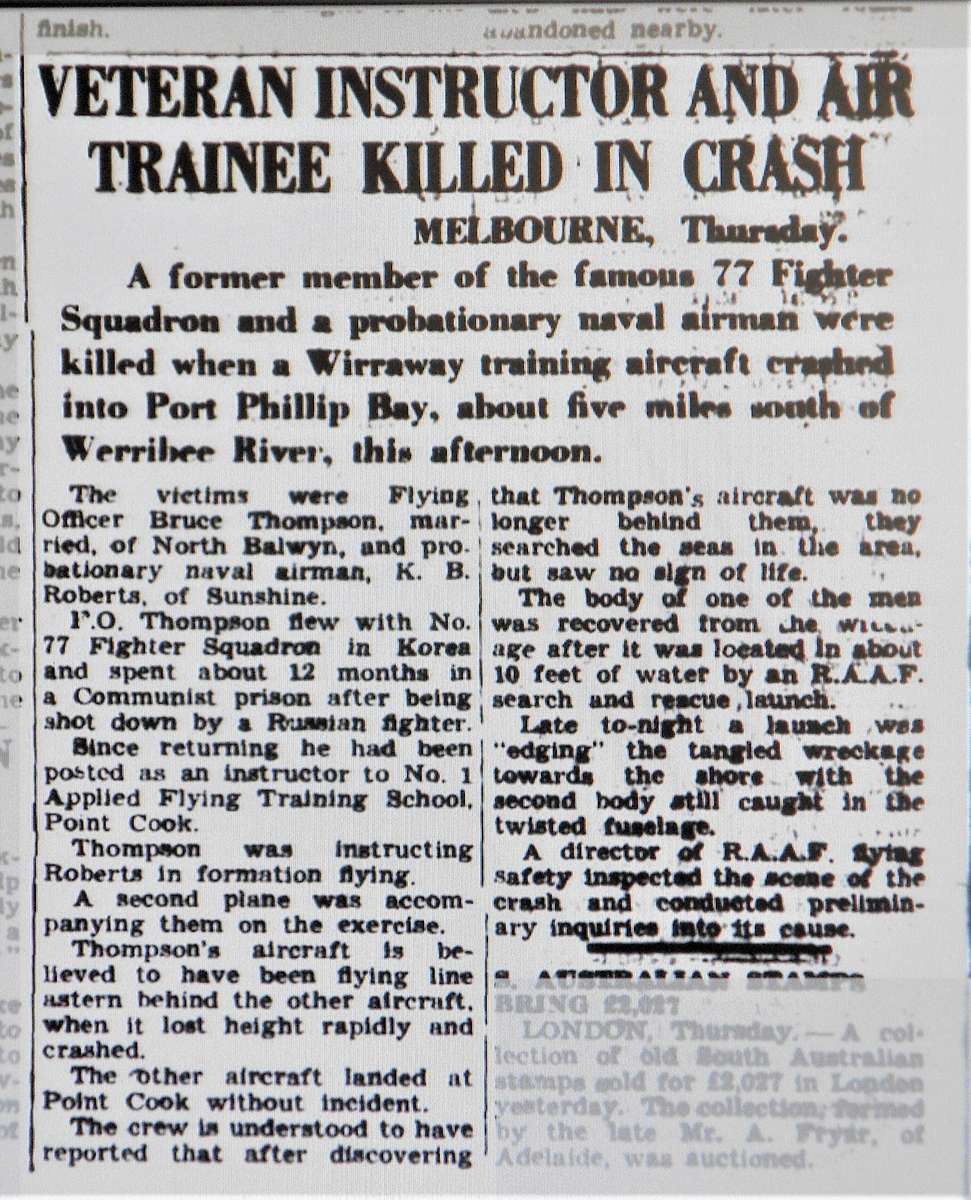 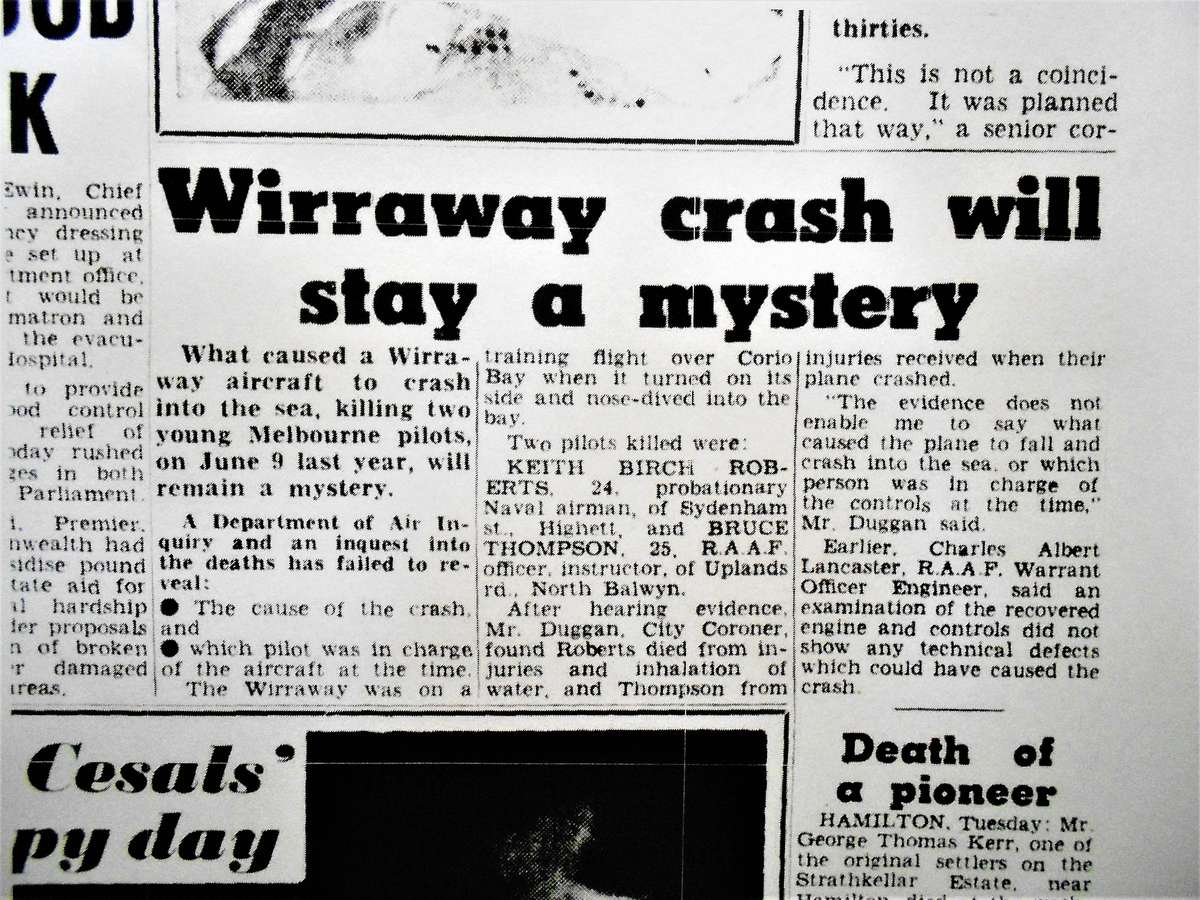 Left: Clipping from ‘The Canberra Times’ Friday 10 June 1955 reporting the crash of the RAAF Wirraway from Point Cook and the death of its two occupants.  Above: Cutting from ‘The Argus’, 22 August 1956.