Mystery photo number 37 was forwarded to the webmaster by Max Speedy.  It showed an aircraft in 724 Squadron colours outside one of the old military hangars – possibly at HMAS Albatross? 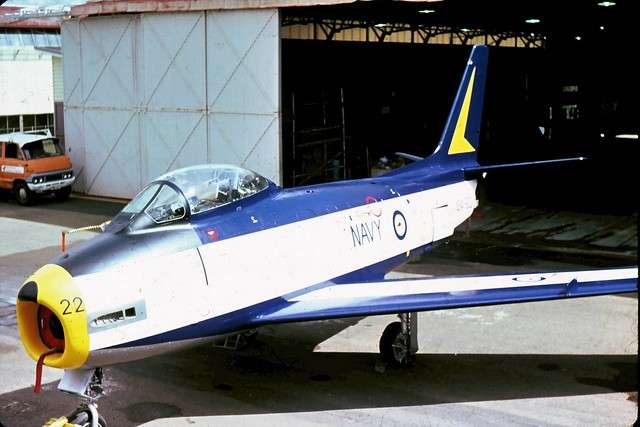 A great many people answered the question – too many to list here – but they have our thanks.

The aircraft is a Commonwealth Aircraft Corporation C27 Sabre Jet.  It was built under license from the  North American Aircraft Corporation.  It was sometimes called the ‘Avon Sabre’ as it featured a Rolls Royce Avon engine, rather than the General Electric J73 engine of the American variant. 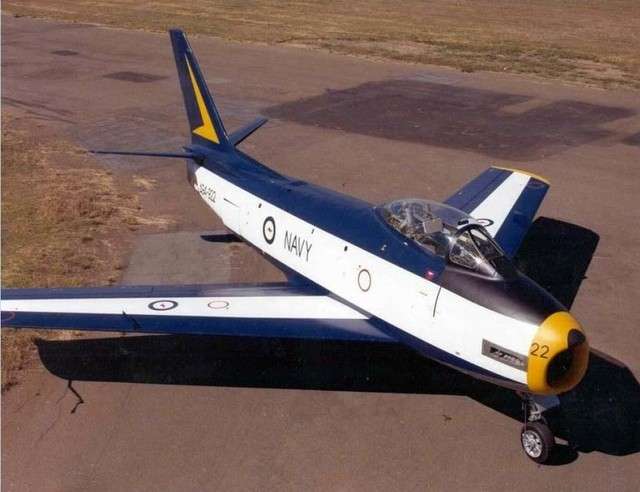 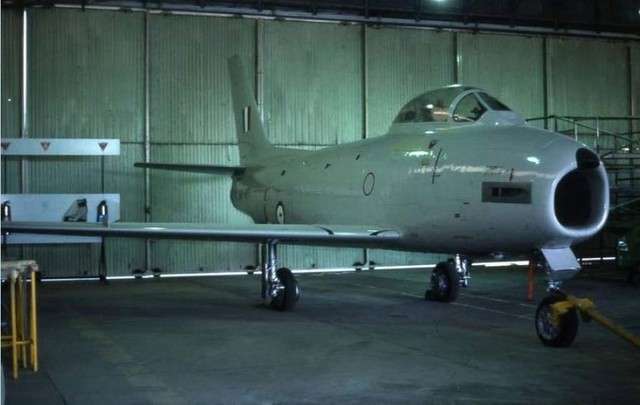 In regard to the second question – contrary to the evidence in the photo, the Navy never had any of these aircraft on its inventory.   So why is it in Navy colours?

As noted above, the airframe is an old RAAF Sabre (serial A94-922), which upon retirement was used for training in the Surface Finishers course.  In 1983 Mark Webb, b and Andy Brown were on the course and decided to paint it in the colours of VC724 Squadron, replicating the blue and white scheme of the Macchi jet then in service.

Having completed the work they parked it outside the Control Tower for all to see, as a bit of a morale-booster as this was about the time the FAA fixed wing element was disbanded.   The work took about a week and the kangaroos in the roundels were hand painted, as was the practice at the time.

Mark reports that the RAAF Officer Commanding, who was an ex-Sabre jock, was far from impressed.

The three sailors then painted the Sabre in A4 colours – a light gull grey – and not being satisfied with that, then painted it in what they considered suitable colours for the Air Force – a hot pink (unfortunately we don’t have a photo of that).  They also painted a Chinook helicopter and then crawled under the belly and painted “FLY NAVY” using overspray from the camouflage colours. Apparently it was hard to see close up, but when pointed out really stood out.

The work attracted the attention of “Navy News” who published the article below on 17 June 1983.

With thanks to Mark Webb and Andy Brown for additional info, and to Phil Thompson for the NN clipping. 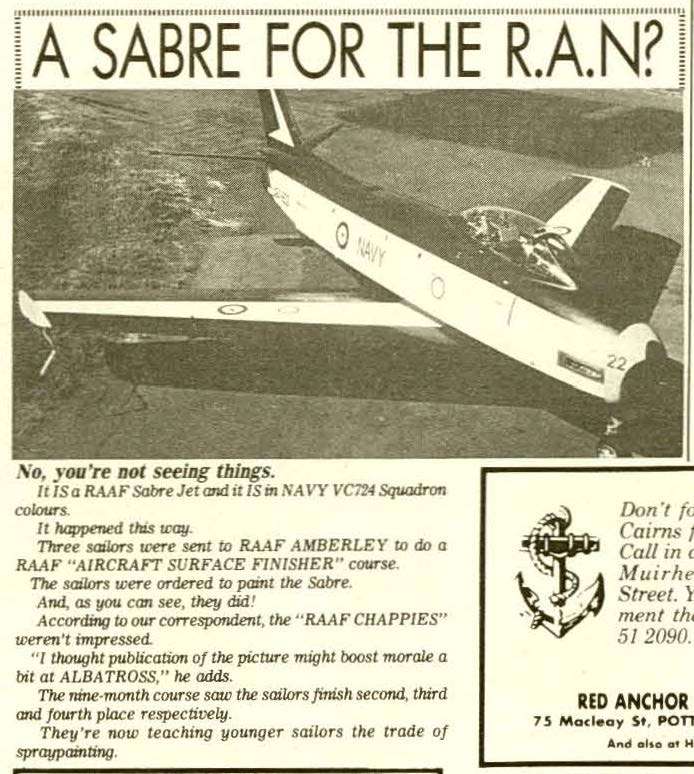