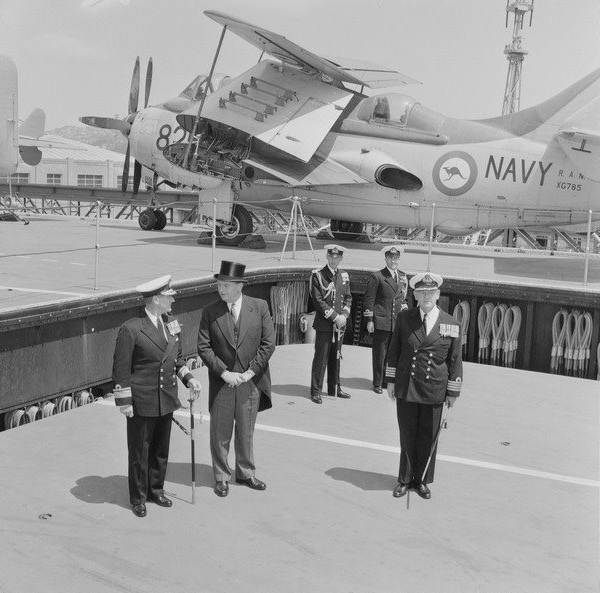 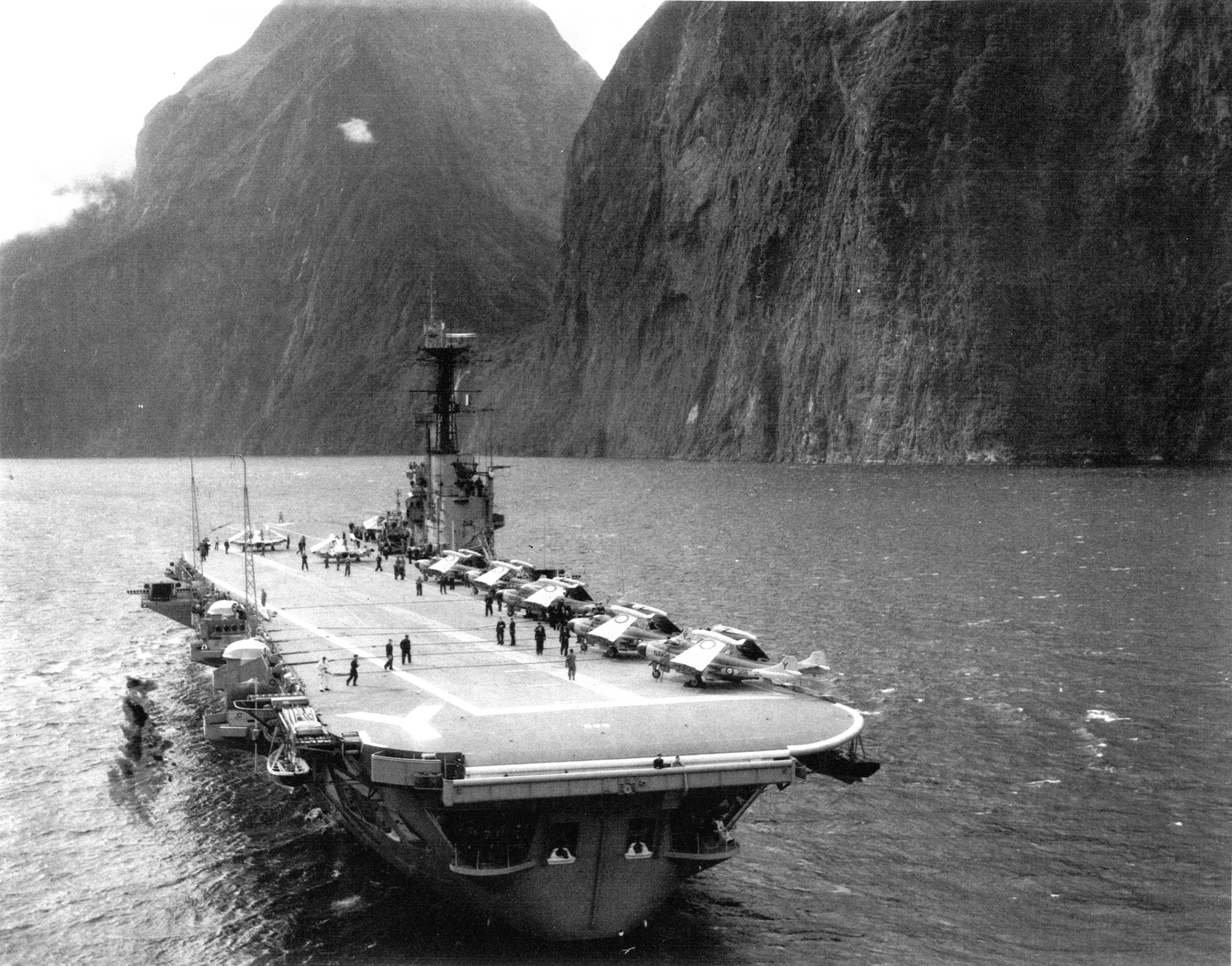 Mystery Photo No.50 showed a resplendent gentleman in top hat and tails going up in the world on Melbourne’s lift.

We asked readers to tell us:

who the resplendent gentleman was;

what the occasion was;

the date and place the image was taken and, for bonus points

who the other two senior officers were.

HMAS Melbourne had been in extended refit during 1959, but in September of that year she finally slipped moorings from Garden Island and, in company with VOYAGER and WARRAMUNGA, made her way south to work up with aircraft from Nowra.  After a brief return to Sydney the ship headed south again for Port Melbourne and thence to New Zealand, making landfall off Milford Sound (where she proceeded seven miles into the Sound) (see photo left). 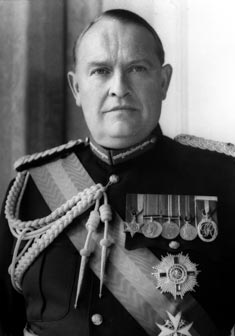 After a brief visit to Christchurch Melbourne made for Wellington, where the mystery photograph was taken on 19 November 1959.

The usual round of visits occurred including this one by the Governor General of New Zealand, His Excellency Viscount Charles Lyttelton COBHAM CGMG, who is shown in the top hat (see photo left).

He was accompanied by RADM G.G.O Gatacre, Flag Officer Australian Fleet.   The four-striper is Captain T.K. Morrison, the Commanding Officer of HMAS Melbourne.