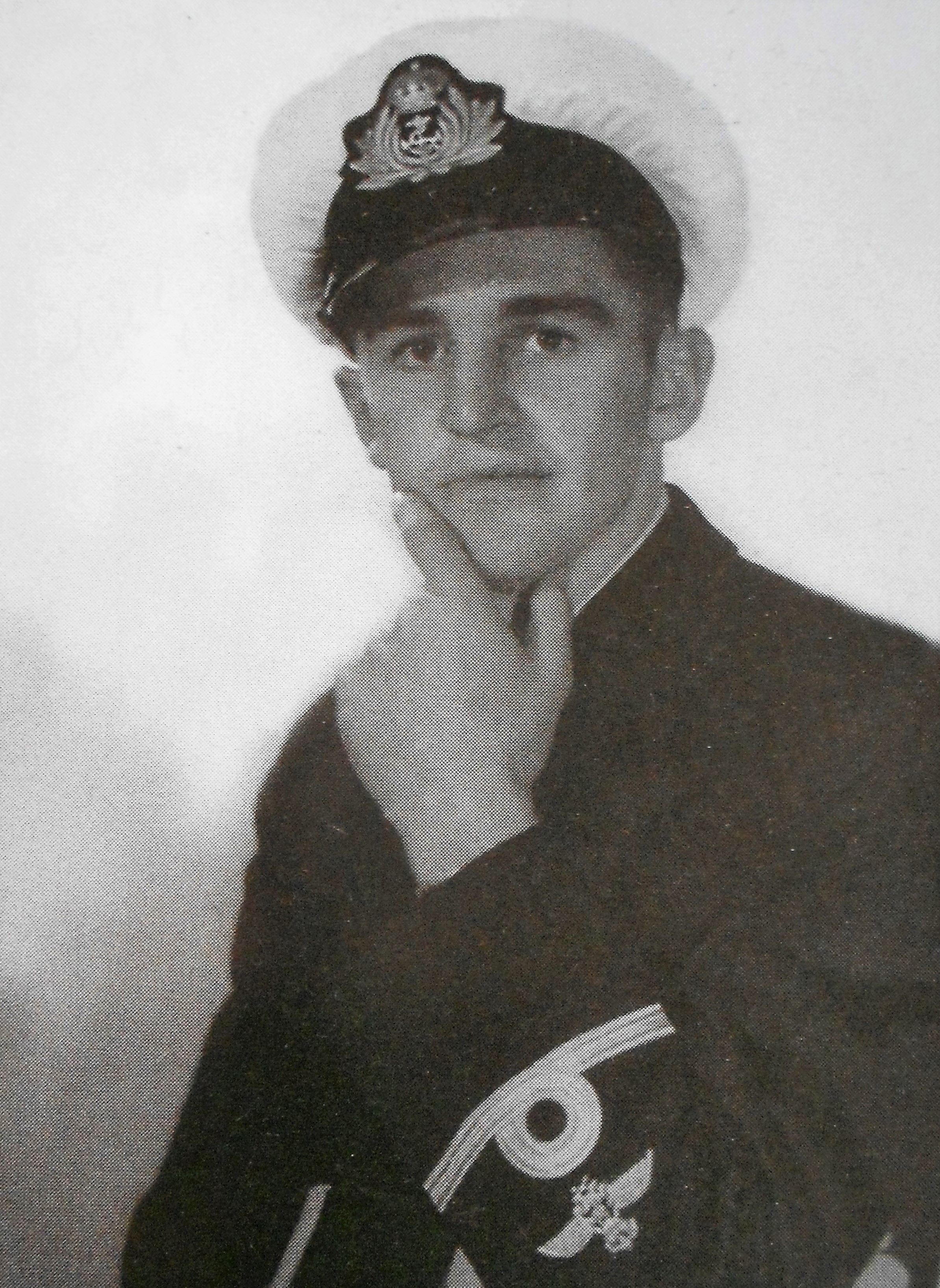 James Patrick van Gelder was born, on 21 September 1930, at Collarenebri, NSW. His parents later moved to Warwick, Qld. where he was educated at the local high school. As a student he excelled academically and in sports, passing his Senior Public exam in 1949. Next, he became a cadet journalist at the Warwick Daily News, where he was a success. But he was attracted to naval aviation and on 25 July 1952 he enlisted in the Royal Australian Navy, at Brisbane, as a seaman.

At recruit school, HMAS Cerberus FND, Vic., he applied to transfer the Fleet Air Arm as aircrew. Upon acceptance, he was drafted as an RAN Cadet to the RAAF Flying School at Archerfield, Qld., where he was awarded the Chandler Memorial Trophy for academics. After further training at RAAF Point Cook, Vic., he gained his ’wings’ and on 12 May 1954 was appointed Acting Sub-Lieutenant (P) on a Short Service Commission of seven years.

After completing a Short Service Officers Course at HMAS Cerberus (FND), van Gelder was drafted to the RAN’s air base HMAS Albatross, at Nowra NSW, arriving on 8 July 1954 for refresher flying with 723 Squadron. In October 1954 he took passage on the P&O liner RMS Strathmore to England for advance specialist training with the RN FAA.

On arrival he went to RAF Syerston, where they trained pilots for the Fleet Air Arm, attending No 40 anti-submarine course. On 16 November 1954 he moved to HMS Gamecock (RNAS Bramcote) to complete the anti-submarine course. James van Gelder’s next move, on 5 January 1955, was to the RN FAA training base HMS Gannet (RNAS Prestwick), where he remained until 8 February 1955.

He was then posted to HMS Seahawk (RNAS Culdrose) a major training base. This is where he began conversion to the Fairey Gannet, a bulky anti-submarine aircraft with a crew of three; pilot, navigator/observer, and telegraphist in separate cockpits. He then returned to HMS Gannet for a specialist ‘Double Mamba’ course – the turbo-prop engine used in the Fairey Gannet.

On 12 May 1955 van Gelder was promoted to Sub-Lieutenant. Upon return to RNAS Culdrose he joined 817 Squadron, the RAN’s new Fairey Gannet squadron [817 Squadron was commissioned at RNAS Culdrose on 23 August 1955]. From May onwards, more RAN pilots and aircrew arrived from Australia for conversion to the Fairey Gannet – later to join HMAS Melbourne which was due to be commissioned in October 1955.

The training regime on the Fairey Gannets at RNAS Culdrose was intense, involving dual training, Double Mamba engine practice, ASW and navigation exercises, and weapons drill, progressing to carrier deck landings at sea. James van Gelder’s Gannet training exercises involved lengthy flights from RNAS Culdrose, at the tip of Cornwall near Heston, mostly over the ocean on realistic patrols, flying with other crew members on board.

It was on one of these exercises, flying along the English Channel, from RNAS Lee-on-Solent, that at approximately 11 am, on 10 November 1955, a Fairey Gannet was seen to crash onto the sea off St Catherine’s Point, near the Isle of Wight. Those killed were Sub-Lieutenant James P. van Gelder (P) RAN; Lieutenant David Padgett (O) RAN and LACMN Norman J. Self (T) RAN; whose bodies were not recovered. The cause of the accident could not be determined, although the excerpt to the right from HMAS Melbourne’s Report of Proceedings for November/December 1955 surmises the cause may have been a handling error. 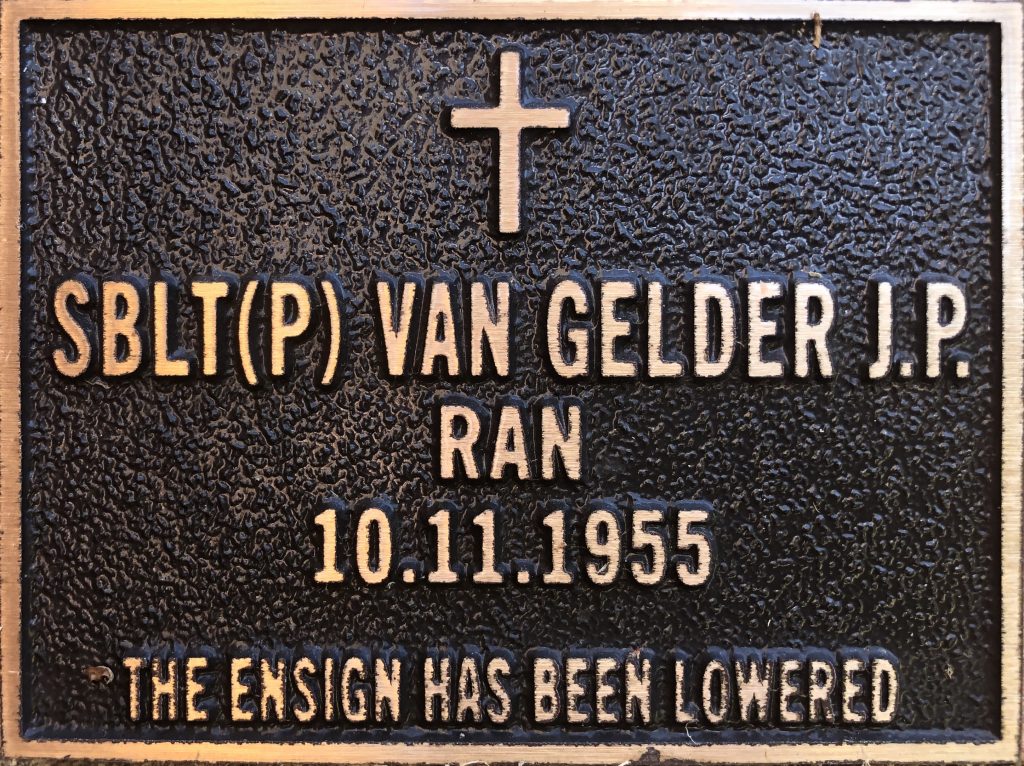