Related Wessex - 813 Articles
Back to Heritage Index
Back to Wessex - Airframe Histori..

The above event occurred on board HMAS Melbourne along-side carrier wharf Garden Island Sydney, late 70’s. The aircraft embarked the previous day from 723 Squadron as Melbourne SAR Flight for the RIMPAC deployment.  The OIC was LEUT  Ron Lawrence (who was not part of the crew). This particular flight was a VIP serial with FOCAF on board.
On start a ” run – away ” start up was encountered. Rather than abort the start, rotors were engaged. The rotor brake was released above nominated engine engage rpm, causing a snatch engagement resulting in the rotating star drive link shearing and loss of main rotor head control. As result each receding blade hit the flight deck and then bounced over the aft fuselage,  without making contact,  striking the flightdeck again abrading the tip caps as rotation continued. After all 4 blades had cleared the aft fuselage all rotation stopped and the engine was shut down.

813 was road transported to Hawker De Havilland Bankstown for investigation and repair. 723 supplied a replacement aircraft with Melbourne sailing within 24 hours. (Information courtesy of ‘Tiny’ Warren, who was the maintenance chief on 723 Sqn. Image courtesy of Phil Thompson.) 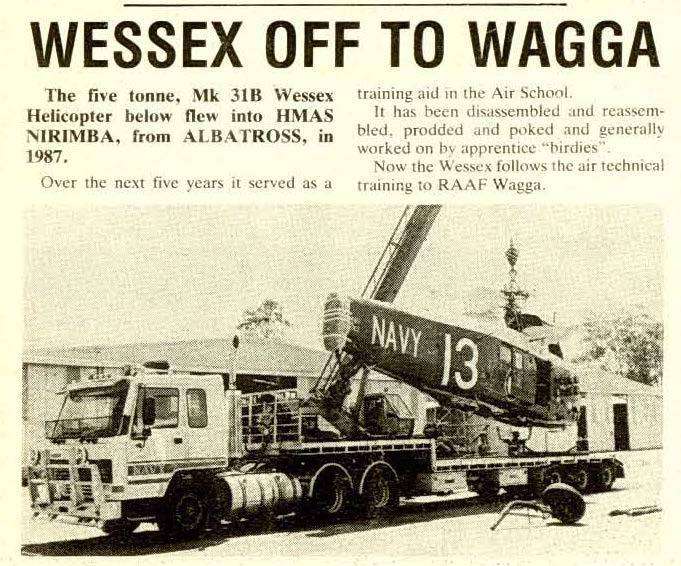