Related Wessex - 821 Articles
Back to Heritage Index
Back to Wessex - Airframe Histori.. 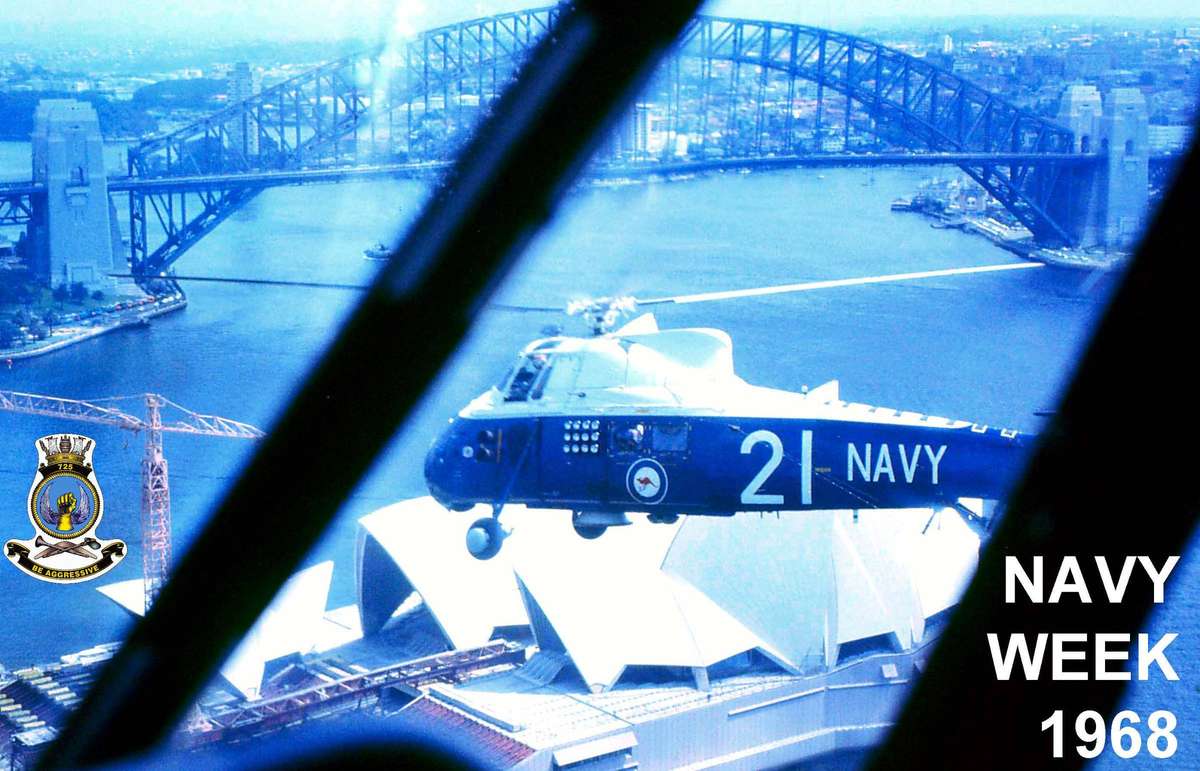 Pilot Recollections on this Aircraft

By Ed Bell (June 17) ‘I had another quick flip back through my log-book for any more info. I was a little taken aback to see that that helo and I had actually shared some “interesting moments”. The first occurred on a Friday- I failed to check the date-. On that day, after a month of fairly intensive training, all of our Wessex Mk31Bs were serviceable. To celebrate that occasion, I decided to have an impromptu Squadron Flypast over Albatross.

As we flew up R/way 26, I felt a most unusual “snatch”, or “jerk” in the aircraft. I immediately called a very quick ‘Pan” message, and dropped out of the formation, handing over the lead to my No. 3. I ground taxied back to the 725 dispersal, and shut down. Dismounting, I briefed the AEO, and retired to the crew room for a cup of coffee. Whilst so occupied, a “Flurry?’ of maintainers arrived,  with their hands filled with small, very shiny pieces of metal. My “jerk” had been caused by the Engine Reduction Gearbox lube oil “Splarge?” ring coming adrift, and falling into the rapidly rotating internals. As a consequence, they were no longer receiving their essential lubrication. What good luck was my decision to drop out of the formation, and then to ground taxi back to the Squadron?

On another occasion, I flew No.821 on an afternoon sortie. This required an F.C.S. Check Test Flight. I realised that this provided me with a chance to hit two birds with the one stone by taking Murray Buckett with me, I could “tick off” a training item. It was a very pleasant day, with the gentle sea breeze just intruding over the land at Shoalhaven Heads. I had Murray practice tail rotor control failure by removing his feet from the pedals, and fly at 65 knots. (I can talk more about that, but neither space nor time permits.)

We encountered some very gentle turbulence, the nose yawed a little and the most violent, hammering vibration began. I immediately took control, noting that our intercom had failed. I transmitted a “Mayday”, noting that the radio had also failed. We were flying over trees, at 1500 feet, with no landing area in sight ahead. I had taken control and, as I was in the LH seat, turned left, and shut the engine down. Two things occurred together, First, on descent through 1,400 feet, I sighted a very small paddock, with a shed in one corner and I realised that the aircraft was, in a very short time indeed, going to break up.

Passing 650 feet, I could hear my two aircrewmen screaming in the cabin, as pieces of their overhead broke off, and fell on them, I realized that I had the field “made”, but thought, “Bugger! I’ve got it this far, and I’m still going to die.” I still find it very difficult to accept just how resigned and relaxed I was!

Seconds later, I was over the downwind end of the clearing, flaring hard to get rid of our speed. During that manoeuvre, I can still remember thinking,” Hey, we might get out of this! We’ll still be hurt, but we’ll survive!” I did a zero speed landing, and it was all over, A tail rotor blade had almost entirely been torn off. The HF aerial tuning unit and its mountings had been torn out of the tail cone, and was hanging by its leads outside of the aircraft, The tailshaft bearings had failed, as had both of the tail rotor gearboxes. The tailshaft sections had all began to go “S” shaped, and we were within a poofteenth of meeting our Maker. I still amazed at how calm I was, given that I was actually about to die! ‘ 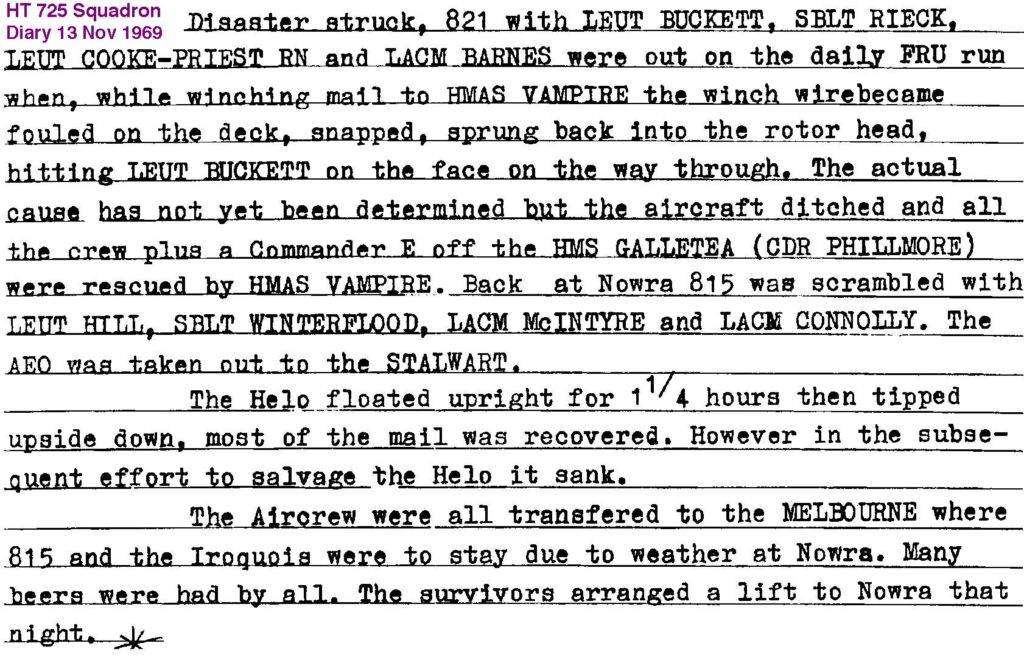